STATERECORDS.ORG IS A PRIVATELY OWNED WEBSITE THAT IS NOT OWNED OR OPERATED BY ANY STATE GOVERNMENT AGENCY.
Search Public Records
Criminal Records
Arrest Report

What Is In An Arrest Report? 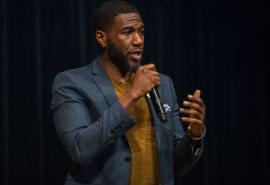 An arrest from ten years ago, revealed by the study of arrest records, could prove harmful to the campaign of Jumaane Williams, who is currently running for New York City public advocate. Courtesy of The New York Times.

Public arrest reports and records, simply put, are documents that detail the events leading up to and immediately after an arrest. They are largely created by law enforcement agencies to detail and document instances where police, sheriffs, or agents of law enforcement interact with the public in such a way as to deprive them of their freedom. These public criminal records are important for citizens of the United States as they explain events where someone’s rights were removed because of an infraction or breach of the law. Because of the Freedom of Information Act, Americans are able to look up arrest records these for public perusal and study.

So what are arrest records and why is it so important to be able to study them? The obvious answer is for the information inside, but what criminal records contains is sometimes unclear. Some police check to make sure they include every minute detail, and categorize them appropriately. Others will only fill in the bare minimum to pass verification thresholds, leaving a lot of information up to interpretation.

Knowing how to find someone’s criminal record and get information on an arrest is a critical part of understanding citizen rights and the precedents that set them. Knowing how to look up someone’s criminal history record is also important, as it can be critical when hiring or renting to someone. So it is equally important to understand what information is held within an arrest record, even prior to searching for the documents in question. In this way, curious citizens can know if finding and obtaining records will be beneficial to them.

What crime was committed, and how

The primary goal of the public police records, criminal public records, or incident document is to document a person’s criminal history. The uses for arrest records range from evidence in court (typically the first piece), checking someone's public criminal history for the purposes of employment or housing, simple curiosity, and more. The sections that create an arrest records typically broken into incident information, the reporting party section, the victim section, a section for the alleged suspect, and a narrative section. The information within includes fingerprints of the offender, their photograph, criminal charges, identifying marks, aliases, social security number, ethnicity, height, weight, and more. Please note that because someone has an arrest record is not a guarantee that a person was convicted. Arrest records are created when a person is apprehended by law enforcement, and occurs well before any trial or court action. Arrest records are also not always complete, but this is the expected information within. 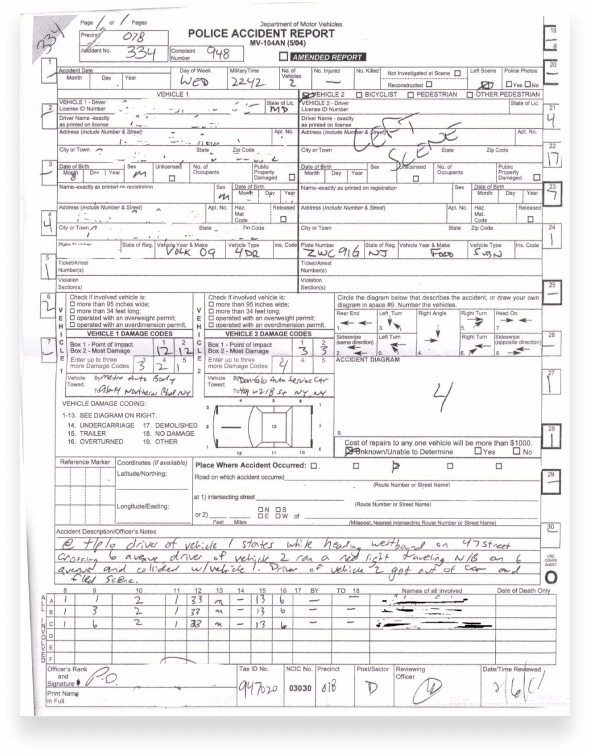 Here is an example of a police report filed for a hit-and-run incident. Note that some areas are filled in, while others are not.

Sections of an arrest report or police report

The sections of a police report help detail those involved in an alleged incident, the events that led to the incident, and the events immediately following the incident. These areas and sections are useful for understanding the nature of the alleged offense, as well as the action of police, sheriffs, or other law enforcement agents. They are usually generated by police officers or sheriff’s deputies, but can also be reported by concerned citizens, like in Snohomish County, Washington.

Offender information in a police report

When apprehended, an offender will be subjected to a series of tests and information retrieval processes. For example, a DUI or DWI offender will have blood or urine collected, as well as perform an additional breathalyzer test with a more robust machine for use as legal evidence should the case lead to a criminal trial. These records are also kept in an effort to identify repeat offenders. This information is almost always collected upon an alleged offender returning to a police station or sheriff’s department. 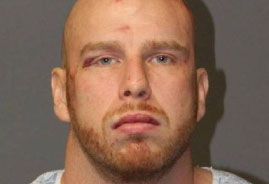 An Ohio man with over 60 charges on his arrest record will face jail time after attacking six West Springfield residents in their home. He was arrested after being hunted by a multiple law enforcement effort. Courtesy of the Masslive.com

Understanding what is held within a US public record should be the first step in any search for these documents. Knowing what information will help in any circumstance can help lead to more useful arrest records, or determine if an arrest record is needed at all. Additionally, knowing what information is needed can help ease the search. The right to seek out this information is secured by the United States Freedom of Information Act. Seeking these records can be simple when knowing where, and what, to look for. For further help locating records, visit the main page of StateRecords.org and enter a search using a name and city. These types of sites lower the required knowledge of record seeking considerably. It is important to exercise your rights when applicable, and having access to arrest reports is an important piece of one of the most important freedoms we have as Americans.