STATERECORDS.ORG IS A PRIVATELY OWNED WEBSITE THAT IS NOT OWNED OR OPERATED BY ANY STATE GOVERNMENT AGENCY.
Search Public Records
Election and Voting

Elections are formally organized systems for choosing a candidate for a political position or public office. There are different types and levels of elections in the United States of America, including primary elections, general elections, state elections, federal elections, and caucuses.

Primary Elections are preliminary elections. They may be partisan or non-partisan. While partisan elections are party-focused and closed to non-members, non-partisan primary elections are open for non-member voters to choose in which party primaries they wish to cast a vote. The purpose of partisan primaries is to select a party nominee to stand as the party's candidate that will contest in the general elections. Members of a political party have to run against each other to determine who the sole party nominee will be. Under non- partisan primaries, regardless of political parties, two candidates are selected by voters to contest against each other in the general elections. Voting is closed and anonymous and voters spend a short amount of time casting their vote at a polling location compared to what is applicable in a caucus.

Every state had the constitutional power to make laws on matters not delegated to the National government. State elections are one such matter and each state has the power to legislate on how elections are conducted within its borders. However, states all over the US adopt the direct election system in voting and selecting the candidates for the office of the State Governor and lieutenant governor and other political offices. Representatives from each State in the National Congress are also selected by direct elections. Some states also elect members of the judicial branch while in others, judges are appointed by elected political officers (the legislature or the state governor).

What are Local Elections?

Local Elections refer to elections conducted for filling local political positions such as the Sheriff's office, membership of the school board, state board, office of the mayor, in Counties, Municipality, and Towns, Cities, Boroughs.

What are Federal Elections?

Direct Elections allow voters to cast a ballot for the candidate or political party of their choice in an election. The voters have the choice to choose among multiple candidates, who they would like to see take the political office being contested for. Members of Congress are chosen by direct elections.

Unlike direct elections, voters do not directly cast their vote for a specific candidate, rather, voters elect representatives or electors who will cast the Presidential votes through a system referred to as the electoral college. The Electoral College is unique to the US and consists of 538 electors representing the 50 states including Washington, D.C.

Caucuses involve the convergence of political party leaders and members to nominate a candidate of their choice by a vote, that may be collated by headcount or show of hand. voting is public and members may speak in support of a candidate. Nominees that are unable to gain a minimum of 15% support or votes are eliminated and their supporters may transfer their support to one of the other nominees that met the minimum criteria or just sit out the voting process. Although caucuses are no longer as widely used in various states as they were in the past, with only a handful of states, including Nevada, North Dakota, Maine, Wyoming, Kansas and most significantly, Iowa still adopting the caucuses election system or some form of it.

Why Are Iowa Caucuses So Important?

The Iowa caucuses take place in February and kick start the nomination votes throughout the US for the Presidential election. It is considered by some as the first test of each candidate's popularity others however argue that Iowa does not represent the nation as a whole and therefore is not at all significant considering, the eventual Republican nominees since the year 2000 haven’t been the ones with the most support in Iowa.

How Are Elections Conducted?

Elections in the United States are held at the federal, state, and local levels. Providing a position is not appointed by another government official when a person is attempting to gain an office that is part of a local, city, state, or federal government body, there is an election involving the public represented by that government body. Most elections in the United States are determined by the popular vote, meaning that whoever receives the most votes is the person that is awarded office. The most significant exception is that of the presidential election at the national level which instead awards votes to specially selected electors, who in turn vote for the president. Voting has been a hallmark of the American Democratic Republic since the inception of the country, and of democratic nations worldwide.

Elections in the United States are held largely between two parties, the Democrats and the Republicans. Third parties are allowed and do run, but because third parties often sway votes from one of the two major parties, they can often influence an election negatively for their side of the issue and grant the presidency to a candidate with a plurality, but not the majority, of the votes.

The most common method of election in the United States is the first-past-the-post system, where the highest polling candidate wins the election, regardless of how many votes the next highest candidate gets. Some cities use a two-round system, where if no candidate receives a required number of votes, then a runoff between the two candidates with the most votes is implemented.

The eligibility to vote is regulated at the state level. According to the constitution, suffrage will not be denied based on race or color, sex, or age for citizens eighteen years or older. Beyond these requirements, state legislatures regulate voter eligibility. Some states disallow felons from voting for either a fixed time or permanently. Roughly 5.3 million Americans are ineligible to vote due to felony convictions.

How Is The President of The United States Elected?

Every four years, the president of the United States is elected via a process known as the Electoral College. When members of the public cast their votes in their state, they are in fact voting for their preferred electors. In 2020, the U.S Electoral College consisted of 538 electors spread across the 50 states and capital. Some states have as much as 55 electoral votes while other states have as little as 3. To win an election, a presidential candidate must secure a majority of 270 electoral votes. Nearly all states operate with a winner-takes-all process*. For instance, if a candidate secures the most votes in Texas, he/she is awarded all the 38 electoral votes for the states, even if the margin of victory was less than 1%. The exact number of electoral votes assigned to each state is decided by the census. In 2020, the allocation for each state was divided as follows:

The States of Maine and Nebraska do not follow the winner-takes-all rule. Instead, electoral votes in these states are distributed across congressional districts.

Impeachment laws provide the legislative process by which a government official elected into office may be removed. They help ensure that elected federal officials can always be held accountable in situations where there is reason to suspect that subjects may have been involved in committing acts of treason, bribery or other high crime and misdemeanors. In compliance with article one of the U. S Constitution, the sole power of impeachment rests with the House of Representatives, while the Senate has the sole power to try impeachments. Senate impeachment trials are dictated by a detailed set of procedures and resolutions.

The Rules for Impeachment

The impeachment process involves the full participation of both chambers of congress. It starts within an inquiry managed by the U.S. House of Representatives and ends with a decision made by voting senators. While the exact length of an impeachment process varies with different trials, most impeachments go through the same general process.

How many Impeachment Trials have there been?

The U.S Senate has also held over a dozen impeachment trials for federal officials other than the president. The very first impeachment trial involved Senator William Blount and took place in 1799. A signer of the constitution, Blount was accused of conspiring with Great Britain to take possession of Florida and Louisiana (which were controlled by Spain at the time). The case was however dismissed and Blount expelled. In May 1876, William Belknap became the first secretary of War to be impeached for corruption. Although his trial ended with a majority vote to convict, it fell short of the required two-third resulting in his acquittal. Other impeachments and resultant actions to have occurred include:

What happens if a President is impeached?

In the event of a president's confirmed impeachment, the Vice-president immediately assumes the role of president in line with the chain of succession as defined in the 25th amendment. However, as of 2020, no U.S president has ever been removed from office via impeachment. Although Richard Nixon was involved in one of the greatest political scandals, he wasn’t impeached. He resigned from office before Congress could proceed with the house's impeachment vote. Gerald Ford became the president. 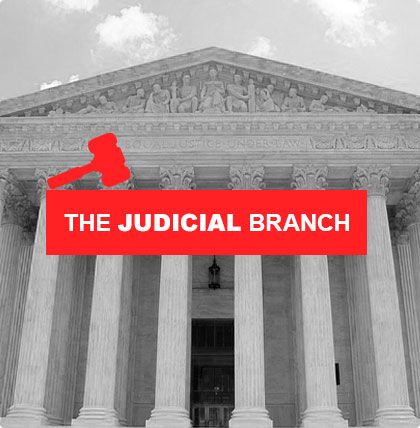 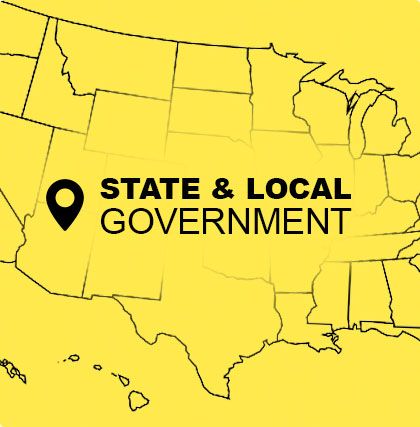 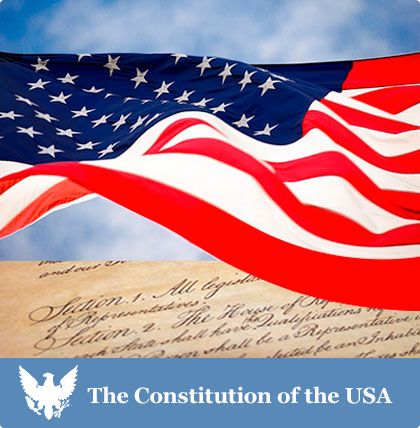 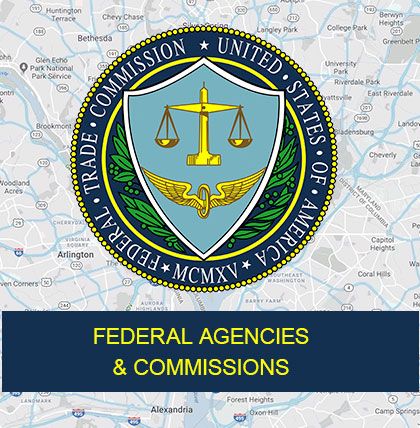 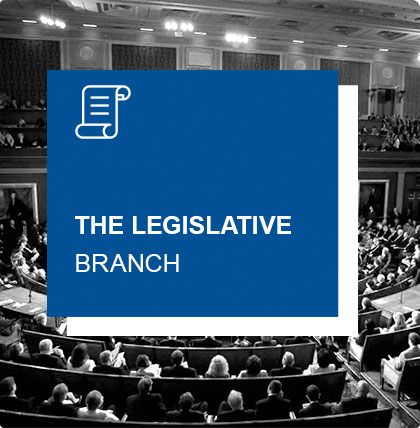 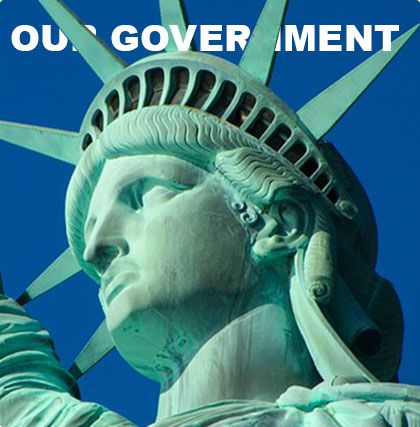 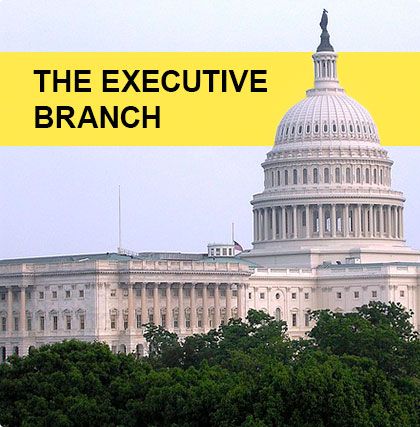 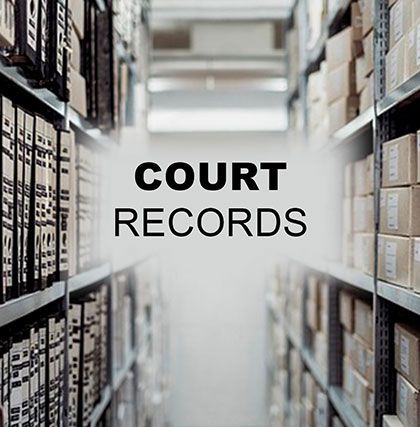