STATERECORDS.ORG IS A PRIVATELY OWNED WEBSITE THAT IS NOT OWNED OR OPERATED BY ANY STATE GOVERNMENT AGENCY.
Search Public Records
Criminal Records
Seal Arrest Records

How To Seal Public Arrest Records 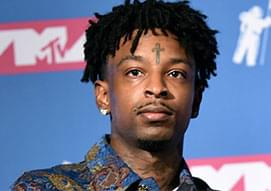 Rapper 21 Savage is facing deportation, in part on grounds of a felony charge from his youth. Since the record was sealed, it may be inadmissible as evidence, and Fulton County prosecutors cannot even comment on the charge. Courtesy of WKYC3, NBC News.

Public Arrest Records are a staple freedom of the United States of America. When a person is accused of committing a crime, police check to to ascertain if there is substantial evidence for an arrest. If there is, an arrest is made and the event is documented in a police record that is assumed open to the general public for examination. This same tenet applies equally to all documents created by government organizations.

On occasion, an arrest record can become sealed, or a petition can be made to expunge the record. A seal means that the record is no longer assumed public, and can remain this way for an extended period of time. Sealed public records are only available in very specific circumstances that can change depending on the state in which the record was created.An expunged public record is forever unavailable, being that it is physically destroyed.

Even while sealed, arrest records can be detrimental to an person’s reputation, chances to find employment, home ownership, and ability to make large purchases, such as a car. The most common reason to request a record be sealed is to make it less likely to show up on a background check. This makes the record inaccessible without a court order, and much more likely to be ignored when police check while responding to a background check request. Often, the petitioner even has the legal right to deny the crime even happened following a seal. Unsealing a record is possible, but tends to be a lengthy and costly procedure that has no guaranteed outcome, making the practice very rare.

There are several reasons to seal an arrest record, including employment, legal purposes, and general knowledge. There are also reasons to expunge criminal record, or otherwise make a record private.

When a record is sealed, it prevents the normal methods for getting arrest records or performing a criminal background check. Via normal methods, getting public arrest records is relatively simple; either visit the organization that created the record, search for an online database, or use public records search portals like StateRecords.org. Sealed records, or expunged arrest records, are specifically designed to not be accessible by the public. This can occur for multiple reasons.

Record sealing got its name from the tradition of placing a physical seal on certain documents that would prevent anyone but the seal holder from looking at what the record contained. These sealed documents could also be opened via a court order.

What is an expunged record?

Sealed records, simply put, are records held by the government that cannot be accessed. But a second procedure, known as expungement exists that deletes the record entirely. The record does not show up in a criminal background check and is, in essence, destroyed. A sealed record still technically exists, whereas an expunged record does not. Filing for record expungement can be a lengthy and costly practice, but is possible.

A study conducted in Baltimore in 2015 found that there were nearly 23,400 instances in which people could have had their records expunged, but did not. Less than one-third of cases where expungement was possible saw an expungement petition. The reason for this seems to be largely ignorance of the law, while the other belief is the cost. In Kentucky, Louisiana and Tennessee, for example, the cost can reach up to $500.

But expungement is becoming more common, particularly as cannabis and cannabinoids becomes more legal. Prior felonies involving the drug are subject to new laws offering expungement. New York City’s black and hispanic communities accounted for 85% of these charges, and the state is planning a law that would automatically expunge these records. Denver is also installing initiatives to do the same.

Expungement is often limited only to cases where the defendant was found not guilty, though it can occur in other circumstances. Common criteria includes when:

If these conditions are satisfied, a person can file for expungement. 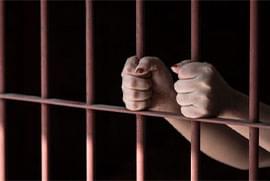 To begin filing to remove a record from criminal and legal history, a person must often begin the process at the same court in which they were tried. In most cases, each petition can remove only one case, and multiple removals will require multiple petitions. Each time a petition is submitted, it is reviewed by a judge who determines if requirements for record expungement have been met. These requirements are determined by the jurisdiction that the court presides over. Specific courts may also have additional requirements that must be met. Contacting the court in question is often the best way to understand these requirements, and prepare accordingly.

Once a court grants expungement, the person petitioning may be responsible for providing evidence of the expungement to all involved law enforcement bodies and agencies. While the source criminal file is often kept by the court clerk, additional records detailing the arrest are typically held by the arresting agency, and passed to all other organizations involved in the arrest. This includes both police departments and sheriff’s offices, incarceration facilities like jails and prisons, probation and parole offices, and another other department or office that was involved.

While having access to public records is a staple of American freedoms - one that is granted by the Freedom of Information Act - having the right to be forgotten is a relatively new assertion. The purpose of punishment for committing a crime will always be rehabilitation at its core, and allowing citizens to seal or expunge their criminal past is the reward for those that have seen rehabilitation as the answer, and embraced it. Because sealing laws are so strict on their conditions, and expungements so rigorous and expensive, there is relative assurance that a person attempting these procedures is committed to reentering society with a clean slate. Knowing how to seal an arrest record, and how to expunge an arrest record are critical to understanding, and exercising, one’s rights as an American.