STATERECORDS.ORG IS A PRIVATELY OWNED WEBSITE THAT IS NOT OWNED OR OPERATED BY ANY STATE GOVERNMENT AGENCY.
Search Public Records
Criminal Records
Pardon a Criminal

How To Pardon A Criminal History 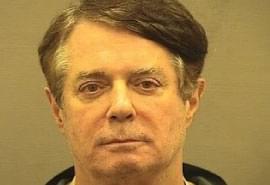 A criminal history is something that can potentially stay with an offender for their rest of their life. It’s a serious problem facing Americans, as some reports put nearly one third of United States citizens as having a criminal history. According to a 2012 U.S. Department of Justice study, over 100 million criminal records or arrest records existed in the United States at that time. While this likely does not account for 100 million individuals, the number of records in America in comparison to its population is still quite high.

A criminal history, or “rap sheet” can affect employment to such a degree that prominent politicians, such as New York Governor Andrew Cuomo, spoke out against employer’s tendency to penalize applicants with a criminal history after performing a criminal background check. In 2017, Cuomo launched the Work for Success Pledge; an initiative designed to encourage businesses to disregard prior criminal convictions when evaluating new hires on the grounds that these individuals had paid their dues, and deserve a chance to reenter the workplace. In 2015, Iowa Governor Terry Branstad signed into law a measure that would allow for the expunging of public records as long as the charge was dismissed or acquitted. The supporters of the law claimed that those with arrests that were cleared of charges still face public scrutiny in the workplace or housing market. The law went into effect in 2016.

While initiatives are arriving, the process is slow. It is one that the country, states, counties, and municipalities have sought to stymie. Hawaii, for example, passed the Fair Chance Law in 1998 to help combat this problem. On a national level, President Barack Obama and his administration called for employers to use less scrutiny when hiring those with criminal records. He cited the Equal Employment Opportunity Commission and the initiatives it had already passed as justification for this call. To reinforce this, at the end of his presidency, several Obama pardons were directed at drug dealers serving long sentences.

Still, employers have little incentive for hiring someone with a criminal history when weighed against those who do not. Because of this reason, it is important to understand the process of eliminating arrest records from someone’s criminal history. Sealing and expunging records is one option, but for felonies, applying for a pardon is often the best option.

What is a pardon?

When most people hear about a criminal record pardon for criminal behavior, they think of presidential pardons. These are the top level of this act, and are usually done as a way of expanding on the beliefs of the administration. For example, Obama pardoned many who were serving time for drug related charges or for whistleblowing, as that was the political climate of the time. The George W Bush pardons did not focus his pardons on any one ideal, but instead took a generalized approach.In essence, an executive, federal or presidential pardon is an action performed by the President of United States that lessens the punishment for a federal crime. For this reason, most presidential pardons are directed at felons.

There are pardons available outside of the executive branch of the federal government. In Maryland, the pardon applications are available online, and can be turned into the Maryland Parole Commission’s office located in Baltimore. The department specifically states that pardons are meant for individuals that have “lost civil liberties as a result of a conviction” or convictions. They note that it is not the same as an expungement.

In Alabama, the right is specified under the Alabama Constitution. The process begins with an open meeting in the Board of Pardons and Paroles. From there, the board will call on the district attorney, prosecutor, and judge who handled the case in question. They will can also call on the chief of law enforcement in the area where the arrest in question was made. Once hearing from these parties, the board will make a decision as to offer clemency or not.

In New York, the Governor holds the power to grant clemency, but an application or juvenile application is still needed before any process can begin. Applicants should also include a letter describing the need for the pardon, provide proof of accomplishments, and include letters of support and recommendation from family, friends, and community leaders.

A presidential pardon is one of the highest forms of crime forgiveness in the nation, but also one of the most difficult to obtain. There are several requirements to keep in mind when applying.

Failure to fully complete the pardon application process before applying can be construed as a falsification, which may result in a denial. Worse, falsification of a document submitted in this way may lead to criminal prosecution with punishments including up to five years in prison and a $250,000 fine per U.S. law 18 U.S.C. §§ 1001 and 3571. 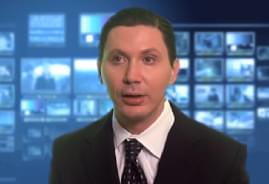 Most states offer pardons outside of the federal pardon system, and California is no exception. This is legal recommendation when seeking pardon in The Golden State. Courtesy of the SHouse California.

Most of the pardoning process can take place online. When ready, visit the clemency forms and instructions page to begin the process by selecting the appropriate category.

Pardons are a part of the justice system as much as any legal repercussion. The purpose of an incarceration, punishment, or other sentence passed in response to an offense is to rehabilitate first, punish second. When a convicted person proves they are ready and willing to reintegrate into society as a reformed person, the United States has systems in place to welcome them back. Pardons are difficult, but powerful method for this. Because of the Freedom of Information Act, finding out what charges are applicable for pardon is a process available to every American, and sites like StateRecords.org can simplify this process. The StateRecords homepage can offer further assistance in locating pardonable charges.