The Cost Of A Court Record 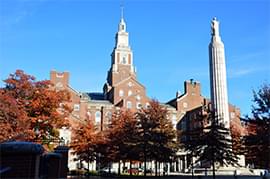 The cost associated with obtaining public and court records is often controversial. Detractors cite exorbitant costs for gaining access to public records, like the recent case in Rhode Island where a nonprofit was charged $400 for a records request in 2017. Pictured is the Rhode Island Supreme Court. Photo courtesy of The Providence Journal.

Court records are important part of the Freedom of Information Act and its state-based counterparts. Because citizens are able to look up the legal proceedings, processes, compositions, rulings, and judgements of the nation’s courts, they are able to stay knowledgeable of their rights as American citizens. The precedent set by the U.S. Court system can determine, or help to determine, the outcome of similar litigation, allowing citizens to prepare their own legal defenses, cite related court records should the need arise, and understand the extent of their rights.

Yet as with most things, the ability to access court records of all types comes at a cost, and in some cases a literal one. Free public court records do not always exist. Court records in the United States are often not free of charge. Even with claims of free court records online, the information yielded relates to the absolute aspects of a case. To dig further, interested citizens must usually pay a fee, visit a location, or both.

To compound matters further, there is no hard and fast rule for how much court records cost. The strength of the United States as a multitude of governing bodies comprising a single country can often be a weakness in that there is a lack of consistency between courts at the federal, state, county, and city level.

Modern advancements and services have helped to curb this inconsistency to a certain degree, but when going through official channels, there still exists the mystery of what the cost of a court record actually is.

While the cost of individual state court records changes drastically from state to state, the federal court fee structure is relatively transparent. Because the federal court system represents the judicial power of the federal government, they must adhere to the rules of a single governing body.

Court of Appeals
Federal agencies and programs that are designated funds through the Criminal Justice Act 18 U.S.C. § 3006A should not incur fees per the United States Courts official website. Functions that are not funded by this act may incur fees. The fees and rules of fee requirements include the following.

Bankruptcy Court
Federal agencies and programs that are designated funds through the Criminal Justice Act 18 U.S.C. § 3006A should not incur fees per the United States Courts official website. Functions that are not funded by this act may incur fees. The fees and rules of fee requirements include the following. 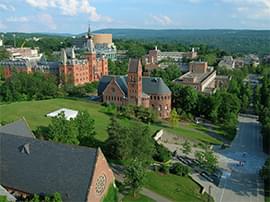 The cases of excessive fees do not stop with newspapers and nonprofits. In Horry County, South Carolina, a Cornell University student is suing the state because of fees of up to $2,000 in regards to her public records request. Photo courtesy of Wikimedia.

Court records based on states can vary widely from state to state. Because each state has different resources to draw from, and different structures to adhere to, costs for retrieval, reproduction, and certification of court records change depending on what state the court is based in. The only way to understand what these fees will be is to look up the appropriate court’s fee schedule and look for the costs there.

A search is a required part of the court record process. Without the ability to search through records, finding the record in question would be nearly impossible. Searching for a case usually requires, at minimum, a name. However, most state-run webpages and archives will also require a case number, or additional information about the case in question.

Alabama, for example, will charge $10 per name search, and an additional $10 per search after. They charge the same for case number searches. Alaska will charge $30 for each research session, though these session’s have no time limit outside of standard business hour limitations. The state of New Jersey will charge $31 for a certificate of search.

Courthouses and government websites will never release the original copies of court records. Instead, requested records that are to be moved from the courthouse to an individual’s possession will be copies of the originals. These copies come with their own associated fees that can change from state to state.

New York, for example, will charge 65 cents per page of a requested document with a minimum of $1.30 overall required to perform a copy. Paper copies in New Jersey are a flat 50 cents per page, though audio recordings and electronic record retrieval are $31 and $19.90 respectively. Oklahoma will charge $1 for the first page of a copy, and 50 cents for each subsequent copy. Alaska will charge $5 per document, and $3 for every subsequent document.

Document certification is a fact checking process that involves the clerk of the court in most cases. They will double check that a record is intact, correct, and verifiable to use for separate purposes when applicable. The court will show this verification with an endorsement of authenticity, and it does charge for this service.

This does not certify that the primary document involved is genuine. Only that the copy is a verifiably true copy of the original document.

New York State can charge 65 cents per page of verification, though it does offer this service as a combined feature of copying and certifying for $1.25 per page, up to a maximum of $45. California, meanwhile, can charge between $25 and $50 for certification or exemplification of a copied document, regardless of page size. New Jersey will charge $11 for a certification of any document. Oklahoma will charge $5 for authentication of a court record. Certification in Alaska is $10 for the first record, and $3 for each additional document.