STATERECORDS.ORG IS A PRIVATELY OWNED WEBSITE THAT IS NOT OWNED OR OPERATED BY ANY STATE GOVERNMENT AGENCY.
Search Public Records
Criminal Records
Arrest Record Cost

The Cost Of An Arrest Record 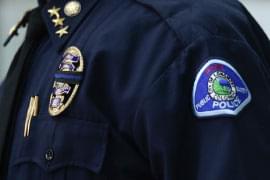 Colorado’s City of Longmont is considering updating their 2008 fee schedule for obtaining public records with an increase of up to 600% to cover the cost of providing digital images, videos and more. Courtesy of orado’s The Bulletin.

Getting public arrest records in the United States is a fundamental right of every American. But getting these documents is not without its barriers. The methods for how to find criminal records varies from state to state, county to county, city to city, and municipality to municipality.

For example, the city of Los Angeles, which maintains that “the Legislature declared it was the public’s right to access information concerning the peoples business,” may charge for what they refer to as “direct costs,” which refers to the costs of providing copies and certifications for requested documents. They may also require information such as the date of the record’s creation, the subject of the record, a description on what the record presumably contains, and comprehensive contact information before allowing a citizen to look up arrest records.

Meanwhile, New York City charges a non-refundable $15 and requires all the same information. The state of Oklahoma charges no upfront fee, but instead requires the date of birth of the offender in question, as well as their full name and department of corrections number. The state of Texas charges $3 per “search credit,” which can in turn be used to perform searches on state arrest records providing the requester has all required information. These searches are not guaranteed to yield results.

So while obtaining records is a right, the operational costs and logistics of running such an department can make the process an intimidating one. This can lead to the questions like “are arrest records public at all. The ideal goal of most searches to check arrest records is how to access free public records and free public arrest records, and while this is possible, generally speaking record acquisition will cost money, time, and effort. There are ways to mitigate these barriers, and costs, such as sites like StateRecords.org, but going through the proper and expected government channels requires some extra research.

Operational costs, and how to find arrest records with them

Operational costs for arrest reports refer to the required amount necessary to acquire a record copy and certify it. Some places, like New York City above, will charge an upfront fee followed by operational fees. Most law enforcement departments, however, will only charge fees to cover the cost of ink, paper, and employee time. While costs should be expected in most cases, obtaining a single document is usually not costly.

1. Where to find the arrest record in question

If the law enforcement agency i question does not have an online portal, the next step is to determine where they hold their records. This is almost always achievable through the headquarters for the law enforcement agency that holds jurisdiction over the area in which the offender was arrested. Records are sometimes held in a specific departments of the criminal justice system of an area, such as the Central Records department of Michigan’s Traverse City Police Department. In most other areas - particularly lower population areas - the department can be found in the same building as the law enforcement headquarters, such as with Alabama’s Elmore County Sheriff’s Department. An online search is usually the easiest method for finding where documents are held.

Besides requiring a fee, obtaining criminal public records and criminal records usually requires the submission of certain pieces of personal information. The bare minimum for getting an arrest record is the first and last name of the offender whose arrest is detailed in the arrest document in question. Yet this is usually not the only required submission. For example, the Nashville City Police requires proof that the requester is a citizen of Tennessee, in addition to any operational fees, before releasing public police records. The city of Denver, Colorado, requires the requester to provide their first and last name, phone number, street address via a downloadable form. They also require the first, middle, and last name of the offender, their date of birth, gender, ethnicity, any other names the offender goes by, and the denver police record number (if known). All of this in addition to a fee, which can range from $25 for a notarized record, to $15 for the standard hard copy, to $9 for an arrest photo.

On of the most difficult obstacles to overcome is knowing the sometimes arbitrary aspects of the police report, arrest record, or criminal history check before obtaining the document itself. Some agencies, like Chicago’s Police Department, require the submission of a CB (central booking) number and accusation. This is not an uncommon request, and can be difficult to obtain for the curious citizen going in with nothing more than a name. In most cases, the only option is to contact the agency in question to ask for assistance. Thankfully, many larger agencies have done away with this designation for the purposes of searching for arrest records. If not clear method presented itself, it’s recommended to use sites like StateRecords.org to circumvent these requirements.

Law enforcement agencies across the country vary in their requirements, and it is recommended that interested citizens research these requirements before beginning the request process. 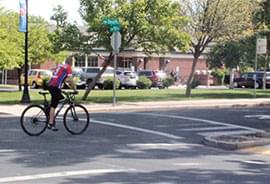 Some areas of the country are going the opposite way. In Oregon, the city of Redmond will be the first in the state to have a non-courthouse or law enforcement agency offer court records for free to the public.

3. Copy, certification, and other operational costs

Most arrest documents are free to study in the building where they are kept. One simply needs to visit the building and ask to peruse records to find out of if public viewing hours are available. But to obtain copies for use outside of the records department, there are almost always associated costs. It is for this reason that totally free arrest records are almost never available. While perusing is usually free, perusal has only limited uses, and getting copies of an arrest report is usually the prefered method when attempting to use the document for more than passing curiosity.

The most common cost associated with reports of this nature is the cost of copies. These come in both digital and hard copy, with hard copies being the initially cheaper option. Agencies typically charge 10 cents per page, meaning upfront cost is quite low. Though the longer the document, the more expensive the record becomes. Because of this, agencies will offer a digital option, typically in the form of a CD or DVD, which starts at around $5 and can cost as much as $20 in some rare cases.

Some examples include the San Diego Sheriff’s Department, which charges $20 for a copy of an arrest record, criminal report, or accident report (unless requested by the victim or legal representation. Meanwhile, the Columbus Police Department charges no upfront fee, but instead charges 5 cents per photocopy, $1 for CD or DVD, 25 cents computer-based color photo, and between 50 cents and $2 for photographs.

Being able to find arrest records is a public right as defined by the Freedom of Information Act, but as operational costs increase, and record keeping becomes more digitized, barriers like costs will continue to rise. Thankfully, the digitization simultaneously increases the likelihood of finding these documents online. Aside from barriers like booking numbers and obscure offender information, records have never been easier to find, and it will only get easier. For further help locating records, visit the main page of StateRecords.org and enter a search using a name and city. These types of sites lower the barriers of record seeking considerably. While these barriers exist, it is important to exercise your rights when applicable, and having access to arrest reports is an important piece of one of the most important freedoms we have as Americans.